Recognizing the Importance of Bisexuality Day

The intent of Bisexuality Day is to promote bisexual awareness and cultural acceptance; learn about bi+ culture, history, and policy priorities; and reduce stigmas and misconceptions associated with bisexuality.

There is a common misconception that the prefix "bi" in bisexual means that bisexual people are only attracted to "both" genders. That misconception misrepresents all bi+ people as being transphobic. For this reason, "pansexual" is a non-transphobic alternative that can be used. However, while "bisexual" may have originated as attraction towards two genders, it has long since evolved.

As activist and author Robyn Ochs said, "I call myself bisexual because I acknowledge that I have in myself the potential to be attracted — romantically and/or sexually — to people of more than one sex and/or gender, not necessarily at the same time, not necessarily in the same way, and not necessarily to the same degree."

Today, most bi+ people and organizations use the terms "bisexual" and "bi+" as all-inclusive terms for people who experience sexual and/or emotional attractions to more than one gender. Bi+ people may use many terms to describe their own sexual identities, including queer, pansexual, omnisexual, polysexual, and heteroflexible.

A 2011 study indicated that there are more bi+ people than lesbians and gay men combined. Based on these findings, it is not a surprise that bi+ people have lived across cultures, time, and societal roles. 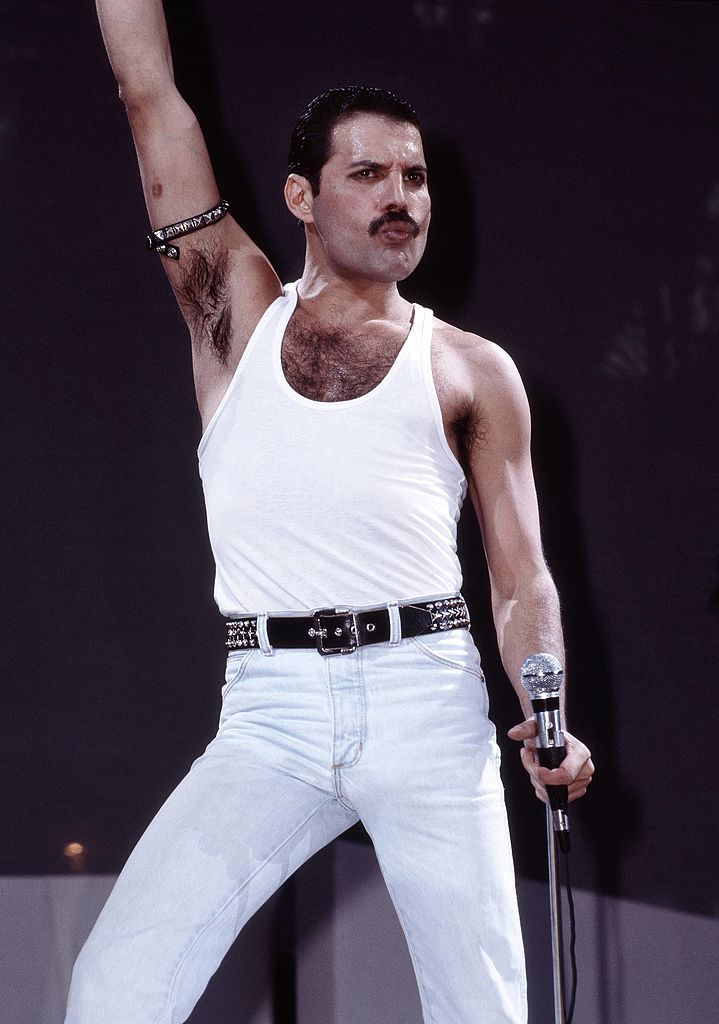 There are many notable bi+ figures across history, including Babur, the founder of the Mughal Empire in the Indian subcontinent in the 16th century, renowned children's books author Hans Christian Andersen, cultural anthropologist Margaret Mead, and diarist and victim of the Holocaust Anne Frank.

As the world of sports becomes more inclusive, more bi+ people, including American footballer Ryan Russell and soccer player Stephany Mayor, are able to live in their truth while competing in the sport they love. Bi+ people abound in the arts, including entertainers like Sara Ramirez and Jen Richards and artists like Frida Kahlo and Oscar de la Renta.

Books by bi+ authors like June Jordan and Rita Mae Brown are American classics. Bi+ people like Kurt Cobain and Frank Ocean have created some of the defining music of recent years. Additionally, Curry, Page, and Wilbur picked September for International Celebrate Bisexuality Day because Freddie Mercury's birthday is in September.

The stigmas and stereotypes that bisexual people contend with are due to monosexism and biphobia. Monosexism is a system of oppression that assumes that everyone is monosexual, or only attracted to one gender.

As an institutional and social structure, monosexism is at the root of bi+ erasure and a multitude of disparities between bi+ and monosexual people. Some of these disparities include food insecurity among college students and the general population, higher rates of sexual violence, adverse health outcomes, hostile educational environments, discrimination in the workplace and in immigration relief, and economic disparities.

Monosexism also manifests as interpersonal biphobia, rejection, and aversion towards bi+ people and/or bisexuality. Bi+ erasure or bi+ invisibility most often show up as removing or misrepresenting evidence of bisexuality in history and the news, such as by referring to bi+ people as gay or heterosexual or using the terms "same-sex" and "opposite-sex" to describe relationships.

Bi+ erasure is often more prevalent for bi+ men than women, and bi+ people often experience both biphobia and homophobia. These negative impacts also mean that bi+ people are less likely to be "out" as bi+, furthering bi+ erasure.

As individuals, there are several steps we can take to contribute to a society that values bi+ people:

If you want to learn more but you're not sure where to start, look up some bi+ organizations. The American Institute of Bisexuality and the Bisexual Resource Center both engage in education, raising awareness about and for the bi+ community.

For more direct education and connection building, the Minnesota-based Bisexual Organizing Project puts on the annual BECAUSE Conference.

For those interested in bi+ people's stories, "Bi Any Other Name: Bisexual People Speak Out" is a classic book, and "Getting Bi: Voices of Bisexuals Around the World" is another popular title.

Shiri Eisner's "Bi: Notes for a Bisexual Revolution" is a great read for those interested in advocacy and activism. For a dive into bi+ history and culture, the online archive of the bisexual magazine Anything That Moves offers a wealth of insight and information.

Bisexuality Day is a day for all of us to acknowledge the realities and beauty of bisexuality. What will you do this year to honor the histories and celebrate the cultures of bisexual people?