Understanding the Impact of the Racial Wealth Gap

The racial wealth gap creates inequities in higher education and beyond. Discover the ways colleges can help close the gap and support students.

Throughout our lives, we accumulate and spend money. Unfortunately, however, not everyone enjoys the same opportunities to accumulate wealth. The racial wealth gap refers to the disparities in wealth between racial communities. Research about the gap outlines how this phenomenon emerged.

According to a 2017 study by the Urban Institute, white families had an average of seven times the amount of wealth as Black families in the United States. High tuition costs and the burden of student loans further exacerbate the wealth gap for students and their families. Earning a college degree plays a vital role in a person's social and financial mobility, making it critical that higher education leaders understand how they can help close the racial wealth gap.

What Is the Racial Wealth Gap?

The racial wealth gap is a phrase referring to the wealth disparities between racial groups. This gap stems from historical laws, current policies, and pervasive discriminatory practices that continue to impact individuals and families today.

Wealth is a sum of funds and valuable assets — savings, real estate properties, investments, business contributions — minus any debts. Income is money an individual or family earns, typically from salaried jobs or hourly wages. Together, income and wealth build financial security.

The intergenerational transfer of assets allows families to build wealth by passing financial resources down to younger generations. Wealth creates a financial buffer that enables people to take career risks, eases the impact of lost employment, and provides easier access to safe housing and adequate education. Without such a buffer, any economic risk can lead to financial setbacks, instability, and poverty.

The racial wealth gap dates back to the origins of the United States. Gaps in wealth between races began as a product of chattel slavery, designed subjugate Black people and uplift white landowners.

Black people in the U.S. have since largely been excluded from wealth accumulation through a variety of prohibitive practices, discriminatory actions, and legal establishments, including the Freedman's Savings Bank loss of $3 million, the Black Wall Street massacre, the black codes of the Jim Crow era, discriminatory implementation of the GI bill, redlining, and modern racist practices.

According to the U.S. Census Bureau, Black people comprise 13.4% of the population. However, a 2018 study by the Samuel DuBois Cook Center on Social Equity at Duke University indicates they hold less than 3% of American wealth. Yet in 2019, the median white family held nearly 8 times more wealth than the median Black household, according to the Brookings Institute. The wealth gap between Black and white households illuminates the impact of inequality, discrimination, and the disruption of intergenerational wealth accumulation.

Differences in income widen the racial wealth gap. According to the Urban Institute, the average white man earns $2.7 million over a lifetime, while the average Black man earns $1.8 million. The averages are lower for women, with white women making more than Black women. Low incomes often equate to low savings and an inability to pass down money to younger generations.

For prospective college students, family income can prove to be a barrier to accessing education. Low-income students are more likely to receive inadequate college advice and insufficient financial aid offerings. According to Inequality.org, Black students tend to take out larger loans and, therefore, face more student loan debt upon graduation.

According to the Century Foundation, Black students are more likely than white students to have negative financial experiences, such as defaulting on their loans or paying high interest rates. Student debt burdens maintain the racial wealth gap. Black families often must obtain more debt to access higher education — without the payout of equitable, longterm, and high-paying jobs.

How Colleges Can Help Students Close the Racial Wealth Gap

Racial inequities in higher education begin before the admissions process and continue well after students graduate. Policies and systems within higher education exacerbate the racial wealth gap, increasing Black students' debt without the guarantee of high income or wealth accumulation.

Prestigious institutions must continue their enrollment of students of color. While attending a top school may not impact wealthy, white men's ability to succeed economically, it can make a difference for everyone else. The benefits of attending distinguished schools — influential alumni, access to experiential learning, postgraduate opportunities, name recognition — can provide students with the advantages necessary to help close the racial wealth gap.

According to the National Center for Education Statistics, Black students have a lower graduation rate than their white counterparts. Therefore, Black students do not always leave college with a degree that can lead to economic stability. Colleges can aid Black students in completing their education by establishing academic, financial, and social support systems. Consistent check-ins, college budgeting and financial counseling, and career advising can create more inclusive college environments and improve each students' ability to manage challenges.

Some legislators recognize the necessity of free college options, but their proposed plans have yet to become laws. To close the racial wealth gap, lawmakers, leaders in higher education, and society at large must address the consequences of slavery, discriminatory practices, and ongoing racism, while enacting transformative policies. 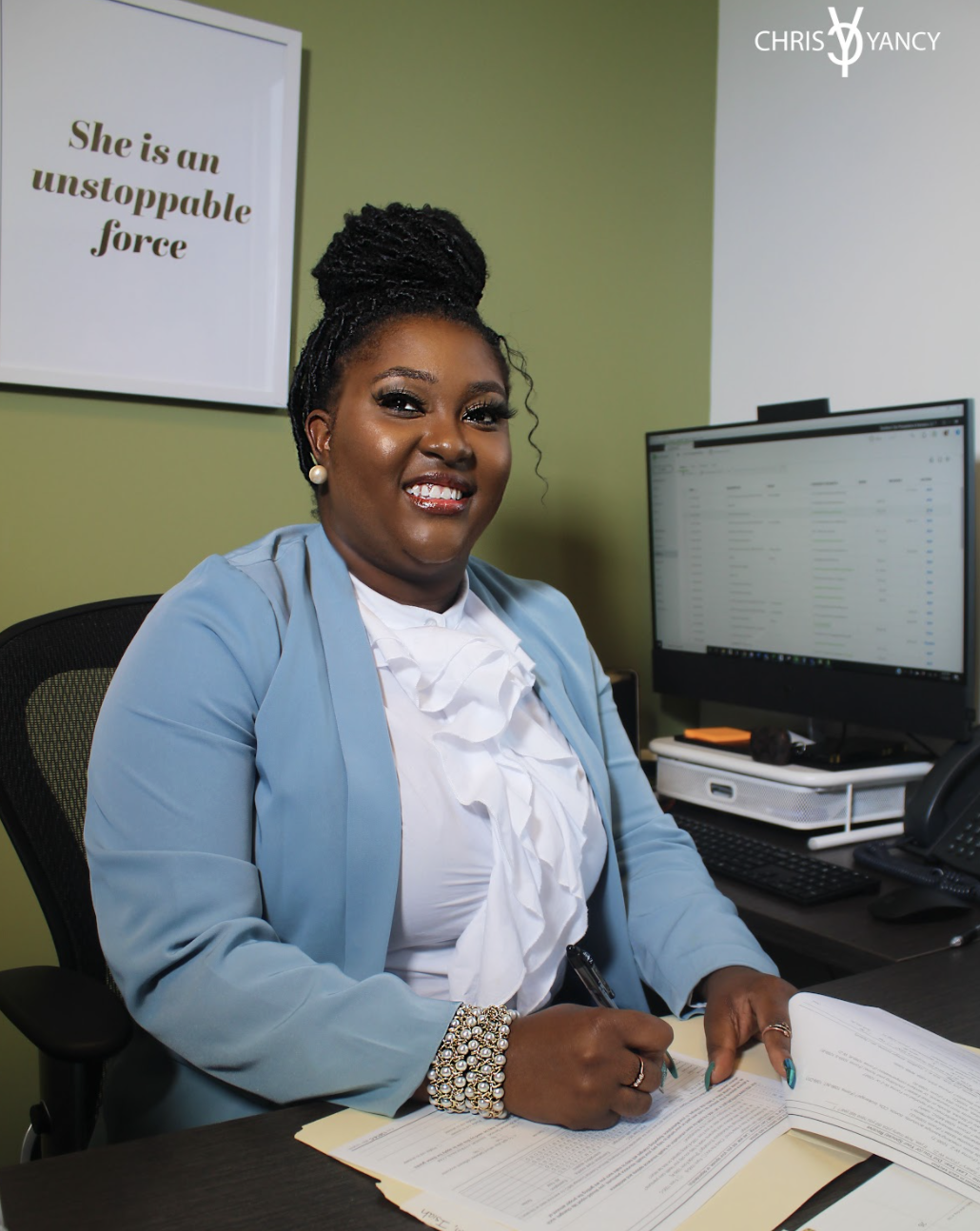 A native of Indian Ridge, Alabama, Jasmine Young founded Southern Tax Preparation & Services LLC from the comfort of her home in Huntsville, Alabama, in December 2014. She received her bachelor of science in accounting from Alabama A&M University in May 2013. Young went on to further her studies by obtaining her master of business administration from Grantham University in August 2016. She had a desire from a young age to have a global accounting firm. To embark on that journey, she moved to Atlanta, Georgia, and became a certified fraud examiner and a certified public accountant licensed by the Georgia State Board of Accountancy. Young has over eight years of experience in government accounting and auditing. She also has over five years' experience in public accounting. Young is a member of the Atlanta chapter of the National Association of Black Accountants, the Atlanta chapter of the Georgia Society of CPAs, and the National Society of Black Certified Public Accountants.