Learning the Hard Way as a Low-Income First-Generation Student

Many first-generation students have to forge their own college pathway. Discover how one student learned the hard way what was right for her academic success.

As a rising senior and first-generation college student, I have come to realize that "doing it wrong" may have been the right way to go. Growing up, I had an irrational fear of doing it wrong. For 19 years, I let this fear control me, dictating every move I made in life.

To make matters worse, I never noticed the hold it had over me — at least, not until everything began to go wrong. Or so it seemed. The word "it," while being both foreboding and ominous, has somehow always felt like it encompassed the weight of the world itself.

But what exactly did my world hold? Was it entirely my own, or something morphed from the one I was in? To be completely honest, I didn't know, and I was mortified to find out. The only thing I did know, however, was that I essentially hated the world I was in.

Growing From My Circumstances

I grew up as the oldest child in a low-income family in one of the worst-ranked counties in Ohio in terms of health factors and outcomes. Neither one of my parents held a college degree. My mother dropped out of college, and my father never went to high school.

My parents weren't equipped with the tools to succeed. Even though it took me until adulthood to understand, their world was far different than my own. My understanding came solely from the differences I noticed between my parents and those of my peers.

Nevertheless, I grew up thinking life was great. Like many parents, mine shielded me from noticing our circumstances — mostly due to shame and embarrassment. I didn't know we were poor, and it took me years to figure it out. My mom ensured we always had a roof over our heads and clothes on our backs. My dad was in and out from time to time, so my mother was essentially the anchor in my life. I had so much faith in her, and I still do.

Even when we had no food in the cabinets, I knew my mom always had something up her sleeve. We were consistently living between paychecks, but we somehow made it all work. Though, there were times when I feared that my mom would have to get a second job. That was the world I knew.

Nearly five years older than my sister, I also fell into the responsibility of making sure she never knew we were struggling. By the time I turned 12 years old, I knew that was no way to live, though my understanding of adulthood became increasingly complicated. In reality, I had no idea what adulthood meant, but I did know that I wanted more from life.

Specifically, I wanted a comfortable life — one that didn't feel like I was being punished. I wanted to be able to take a day off and not worry about getting my lights cut off. Was that asking for too much?

Trying to Make My Own Way

When I applied to college, I had no idea what I was doing. Luckily, I had done everything right up until that point: a 4.68 GPA, 13 AP classes, 17 acceptance letters, and over a million dollars in college scholarship offers. After being torn between Tufts University and the University of Southern California, I wound up choosing the latter, though I didn't have any clue what it meant to attend a predominantly white institution. Until then, I had only ever lived where almost everyone was African American. And I could always find someone I knew.

Carrying with me my incessant need to get things right, I ventured down every path of possible opportunity at USC. In my first year, I came in with my head high. And then, slowly but surely, self-doubt began to creep in. Imposter syndrome started invading various pieces of my life.

Chemistry, biology, and their labs broke me down quickly. Was I smart enough to be a premedical student? Did I even have enough money to apply for medical school? Could I afford to not get in the first time around? What would I do if I didn't? Could I bear going back home empty-handed? Was I even equipped to handle failure? Or would I be forced to face the same outcomes as my parents?

These questions continued to plague me as I went into my sophomore year. This was also the year the world shut down. I eventually had to come to terms with the fact that I was not prepared. In the beginning, I viewed my sophomore year as the year for me to "prove" myself. While attending classes via Zoom never stopped this endeavor, it was a disappointing experience. But what was it that I was so intent on proving? And to whom?

At the time, I wanted to prove my parents, my peers, and even my professors wrong. With my parents, it always seemed like they were pushing their reservations and insecurities off onto me. And living their fears through me. With my peers, it seemed like I was less than. When I spoke, it never seemed loud enough. I was never sure, however, if this was due to being a woman in STEM, Black, first-gen, low-income, or queer.

Finding similarities between myself and my peers is often energetically and emotionally exhaustive. And professors seldom seem to see students through a multidimensional lens. Especially in larger classes, professors seem cold and inaccessible. It's not until you go to office hours — if you can fit them into your schedule — that professors actually seem to care.

Only in these spaces can you reveal what you're going through if you're struggling in a class. And even then, your problems need to be deemed "excusable" on the syllabus to be taken seriously. Unfortunately, syllabi often leave zero room for events related to mental health or navigating college as a student with ADHD.

I fell into the trap of believing that I had to prove to others that I was capable of doing well and succeeding. In reality, I owed that to no one but myself. I was sick and tired of feeling unseen, unheard, and undervalued in all of these different areas. I owed it to myself to figure out what it was that I wanted to prove. Was it that I was capable? That I was worthy of a private school education? Did I want to prove that I possessed the capacity to make the life I deserved?

When "Doing It Wrong" Goes Right

By the time the sophomore year ended, I was on my fourth major change and had decided against going to medical school. Until that point, my goal had always been to become a doctor. I was all my mom ever talked to her friends about. While I mentioned my struggles in science classes at USC, I did not share with her that I no longer loved medicine. I shied away from medical school because I came to find that there was too much that I disagreed with, too much that felt disingenuous to the values my parents instilled within me.

Down and despondent, I took the time to let my mind wander and to let my heart fall in love with something new. Last summer, I was invited to complete a prestigious public health program at the University of Iowa. Before I knew it, I had fallen in love with the field and decided to pursue a master's in public health.

By spring semester, I was accepted into the public health program at USC's Keck School of Medicine, where I added concentrations in biostatistics and epidemiology. I now wish to pursue a career as a biostatistician because I realize that the greatest impact I can make as a healthcare professional is to supplement dialogue and promote intervention.

Falling in love with public health helped me finally realize why I fell in love with medicine in the first place. Most of all, I now know that doing so will empower me to help improve communities like my own and to inspire and better equip others to do the same.

Falling out of love with medicine wasn't so bad. As a senior, I now understand what happened. Things started to go wrong the moment I feared doing "it'' wrong. All in all, I would say that the most influential lessons I have learned in college were never academic. Moreover, the lessons I learned never encompassed the necessity of doing things right. I now understand the significance behind the notion of doing "wrong" and why doing so is vital to growth. 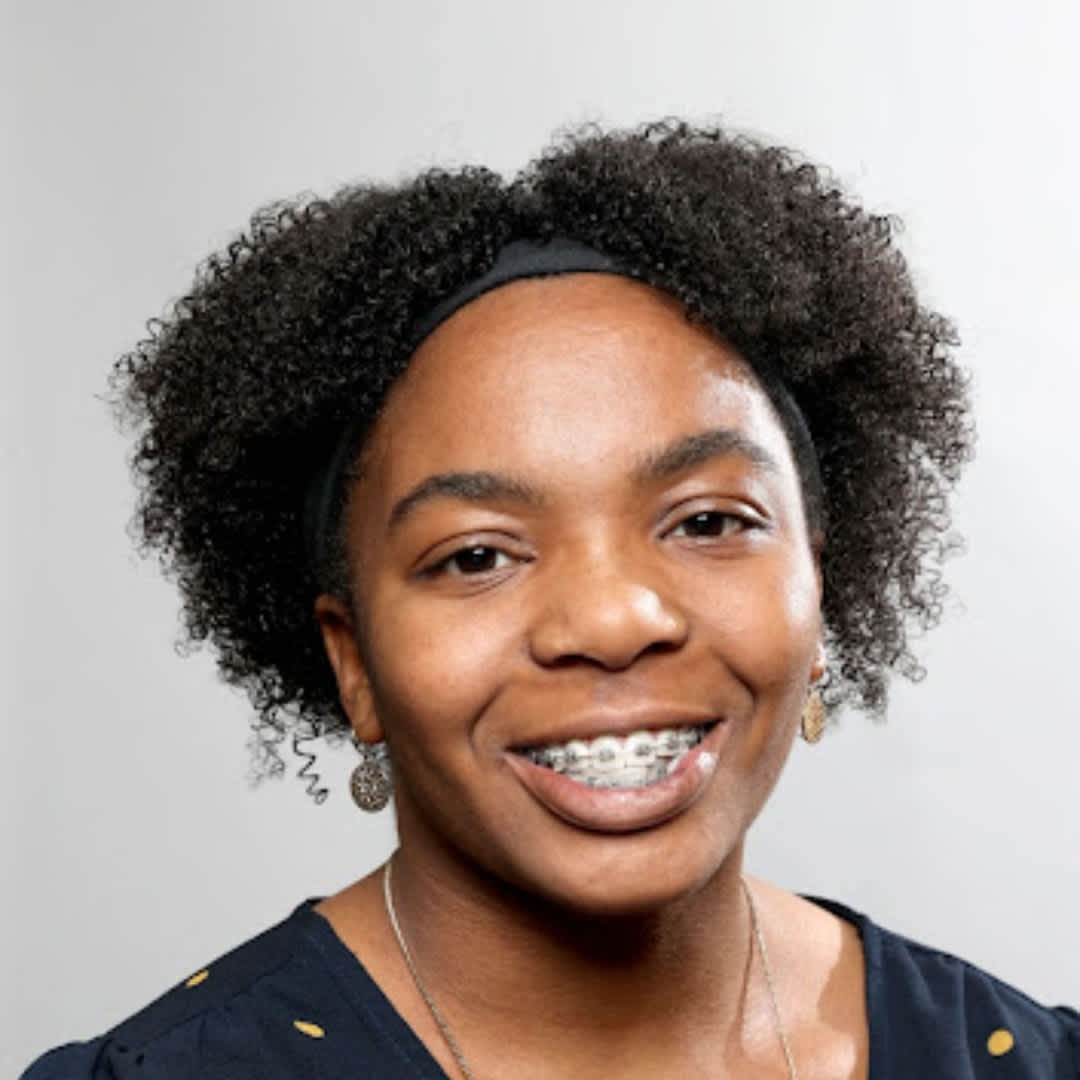 Brittany Shaw is a fourth-year student at the University of Southern California. She is a dual-degree student seeking a bachelor's in health and human sciences and a master's in public health through USC's Keck School of Medicine.

In her free time, she enjoys playing basketball, cheering on the Dodgers, and being an active member of Angel City FC Pandemonium Supporters Group! She also has creative pursuits in cooking, photography, and electric and acoustic guitar.

In this guide, first-generation college students can learn what factors to consider when applying to colleges and choosing a school to attend.

Learn about the challenges first-generation college students experience in school and after graduation, and how colleges can support these learners.