10 Women Who Pioneered the Tech Industry

Women were responsible for some of the most important innovations in the tech industry, but often received little to no credit for their work.

Women programmed the very first computer, wrote the code that landed men on the moon, and came up with the idea for computer programs a century before the invention of computers. Thanks to the barrier-breaking work of women like Annie Easley, Carol Shaw, and Margaret Hamilton, today women work in every sector of the tech industry.

Yet, in 2015, women held only 25% of computing occupations, according to the National Center for Women & Information Technology. Certain fields, like software development and technology leadership, report even lower numbers.

While women remain underrepresented in the field, the history of women in tech shows how far we have come from the days when women's contributions went completely unrecognized.

As a college student, it's likely you may not have heard of some of these pioneering women. But whether you're writing a historical essay or biographical piece, you can benefit from learning about the following women and how they helped shape the tech industry. 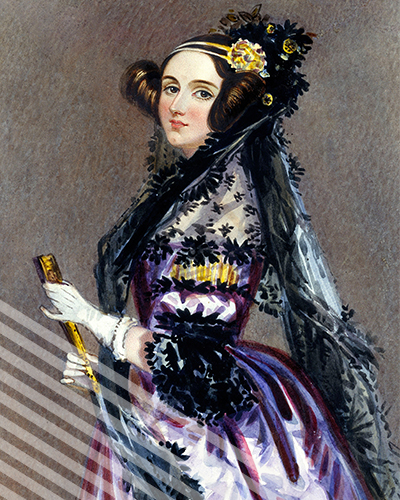 The daughter of Lord Byron, Lovelace was raised by her mother, Lady Anne Byron, who left Ada's father just weeks after giving birth in 1815. Raised by an aristocratic family who encouraged her interest in science and mathematics, Lovelace befriended Charles Babbage, an inventor and mathematician. When Babbage developed the Analytical Engine and the Difference Engine — complex calculating machines — Ada published her theory on how codes could instruct the machines.

Lovelace also described the process of looping, or asking a computer to repeat a series of instructions, which modern computer programs still use. Though she received little recognition for her forward-thinking ideas in the 19th century, today Lovelace is seen as a central figure in the history of technology. 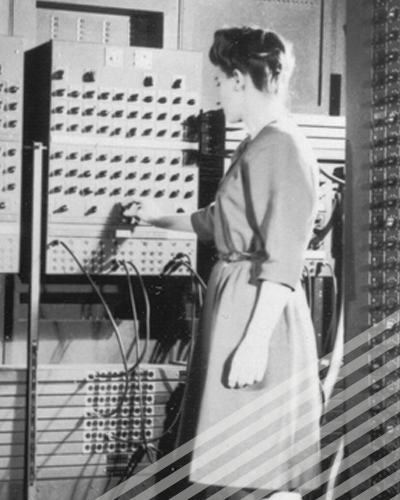 In the 1940s, computer programmers manually moved switches and cables to program a machine in real time. And a team of six women, known as the ENIAC programmers, programmed the first electronic digital computer.

Each of the ENIAC programmers could calculate ballistics tables using a differential analyzer and a calculator, skills that made them perfectly suited for the high-stakes job of operating the ENIAC computer. 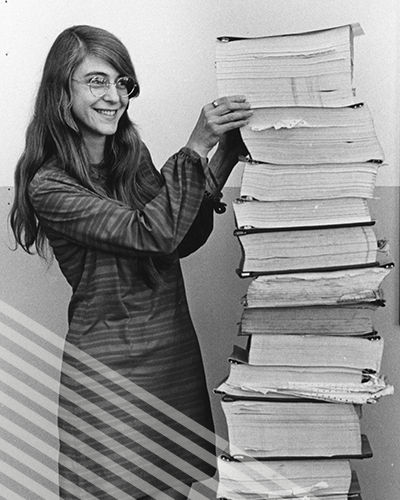 In 1969, the Apollo 11 mission put humans on the moon for the first time. And without the work of computer scientist Margaret Hamilton, the mission might have failed. As the lunar module descended, warning messages flashed at Mission Control. Hamilton reassured the astronauts that it was safe to land — and they made history by trusting her.

Hamilton became the first programmer hired by MIT to work on the Apollo project in 1965. Later that same year, she became the head of a team of software engineers creating software for the Apollo II mission. Using just 72 kilobytes of computer memory, Hamilton and her team created reams of code to guide the mission.

Thanks to Hamilton, the Apollo 11 astronauts safely landed on the moon and returned to Earth. In describing her groundbreaking work, Margaret Hamilton said, "there was no choice but to be pioneers." 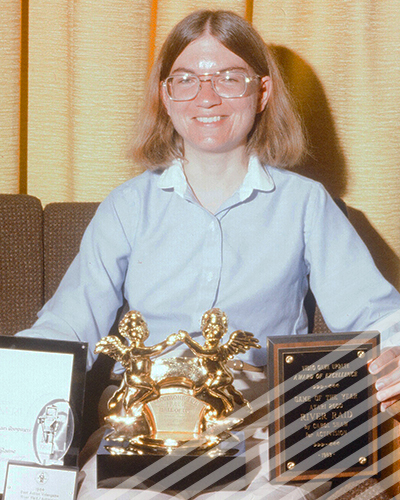 In 1978, a computer science graduate student at the University of California, Berkeley, took a job at Atari. Carol Shaw became the first female video game designer, and she continued to make history throughout her career.

Shaw went on to program "Tic-Tac-Toe," the first commercially released video game designed by a woman, and "River Raid," which became a best-seller after its release in 1982. The game popularized a vertical scrolling format that influenced other game designers. "River Raid" also won InfoWorld's Best Action Game and Best Atari 8-bit Game of the Year awards.

Throughout her career, Shaw broke barriers by innovating in the field of game design. In addition to working for Atari, Shaw designed games for Tandem and Activision. Shaw became so successful that she retired at 35 years old. 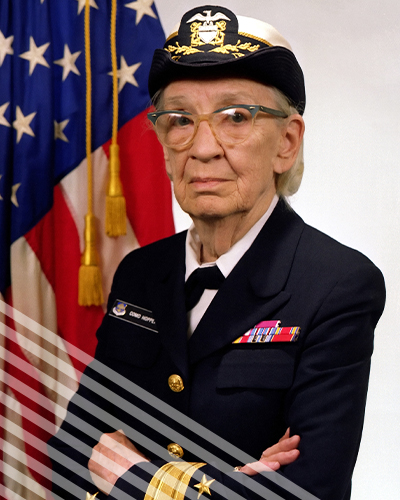 When World War II broke out, Vassar mathematics professor Grace Murray Hopper signed up for the Navy. Rejected because of her age and short height, Hopper eventually secured a spot in the Naval Reserve, where she worked on several vital computational projects.

At a Harvard lab, Hopper programmed the Mark I computer, one of the first electromechanical computers. She also worked on top-secret computing projects, calculating rocket trajectories and calibrating minesweepers. In 1945, while working on the Mark II, Hopper found a moth inside the machine — coining the term "debugging" the computer.

After the war, Hopper helped develop UNIVAC I, or the Universal Automatic Computer. She also created the first compiler, which translated code into binary, making it possible to write one program that worked on multiple computers. In the 1960s, Hopper helped invent COBOL, which became the most widely used computer language throughout the 1970s. 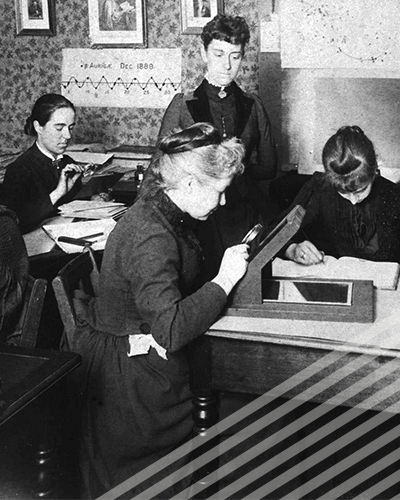 In the late 19th century, the Harvard College Observatory hired dozens of women as "computers" to calculate astronomical data. The Harvard computers analyzed photographs of the night sky to track the position of the stars, keeping detailed records on the data they collected.

Over 80 women worked on the project full time, six days a week. They made as little as 25 cents an hour, half of what men made for the same work. Williamina Fleming, a former teacher who became one of the first computers, discovered the Horsehead Nebula, while Henrietta Leavitt discovered 2,400 variable stars — groundbreaking research that showed the expansion of the universe. Another computer, Annie Jump Cannon, developed the modern stellar classification system while at the Harvard Observatory.

The Harvard computers made important contributions to astronomy while receiving little credit for their work. In an era before computers, underpaid women often performed similar types of data analysis. 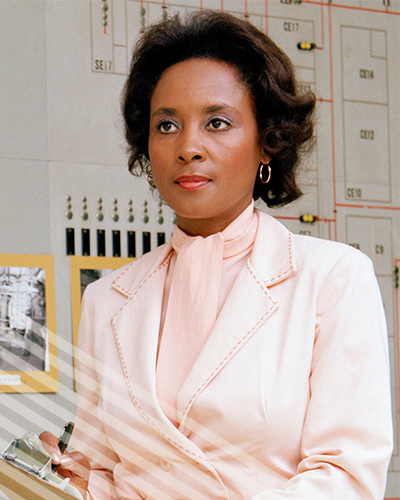 Over the course of 34 years, Annie Easley worked as a computer scientist for NASA. When she began her career in 1955, Easley was one of only four black employees at her lab. By the end of her career, Easley helped pave the way for women and people of color in the aerospace industry.

Easley began as a "human computer," performing mathematical calculations by hand. She then became a computer programmer, writing code for programs that analyzed energy-conversion systems and alternative power technology. Decades later, Easley's codes were incorporated into the battery technology in hybrid vehicles.

As an established NASA employee, Easley counseled supervisors on addressing gender and race discrimination in the workplace. Of her pioneering career, Easley said, "I'm out here to get the job done, and I knew I had the ability to do it, and that's where my focus was." 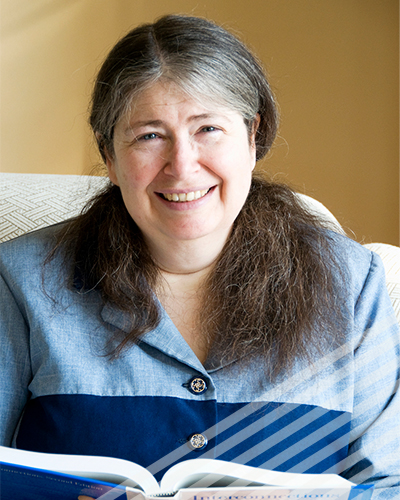 In 1985, Radia Perlman developed STP, or Spanning Tree Protocol, which paved the way for the internet. In recognition of her contribution, many point to Perlman as the "mother of the internet."

STP solved a major problem during the early years of the internet: sharing files between computers. Perlman's solution became the standard protocol for the internet, allowing massive networks to operate without dropping data.

To Perlman, STP was only one of her many contributions. She spent less than a week writing the algorithm behind the STP protocol, moving on to other projects to improve online data security.

Today, Perlman holds 80 patents related to the internet, and Data Communications Magazine named her one of the most influential people in the field. 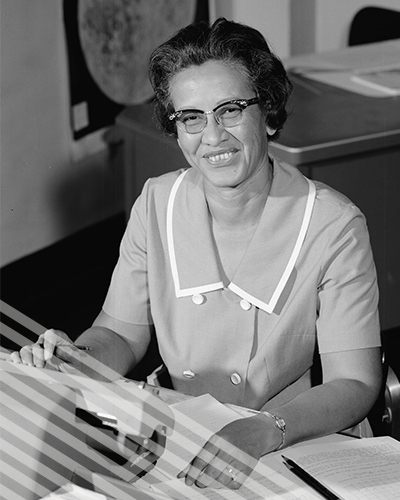 In 1939, Katherine Johnson was one of three black students who integrated West Virginia's graduate schools. Johnson went on to work in a NASA laboratory where she analyzed flight test data and performed calculations on spaceflight trajectories.

Tracking orbital flights required complex calculations. In the 1960s, Johnson became the go-to person to test the data from electronic calculating machines. Before John Glenn set off on the Friendship 7 mission, he demanded Johnson recheck the machines, declaring, "If she says they're good, then I'm ready to go."

Johnson also helped perform the calculations that linked the lunar lander with the Apollo shuttle and worked on the space shuttle. "I loved going to work every single day," Johnson said. The 2016 movie "Hidden Figures" profiled Johnson's achievements. 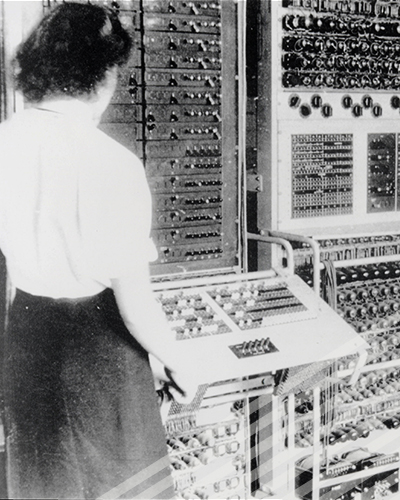 At Bletchley Park during World War II, British codebreakers tried to crack German and Japanese military codes as part of a top-secret project. The Bletchley Park Codebreakers, 75% of whom were women, changed the course of the war.

Thanks to their codebreaking, Allied forces successfully found and defeated Germany's most famous battleship, Bismarck. The codebreakers also intercepted German police messages on the Holocaust and helped crack the Enigma code.

Joan Joslin worked on Japanese aircraft and German naval vessel messages at Bletchley Park. "Sometimes we would solve them in a day, other times it would take weeks. We learnt all our swear words there," she told The Guardian. "Messages contained awful words and naughty sayings."

The codebreakers who worked at Bletchley Park were women in uniform and civilians. Thanks to the top-secret nature of their work, most received little recognition for their efforts until decades later.